On the Run in the Monarchy

During the First World War (1914-1918) refugees came from the theatres of war, the border areas of the monarchy, into the interior of the Empire. More than one million people were on the run. Residents of affected areas left their homes and farms in order to flee from the war. For strategic reasons, numerous villages were also evacuated by the Austro-Hungarian Army to use local resources for itself or to destroy it in retreat from the advancing enemy.

The Austro-Hungarian Army also acted against its own multi-ethnic population. Various groups of the population were purposefully expelled in order to prevent them from real or alleged allying with the enemy states. Executions of suspected were also carried out. On the Eastern front, Jews, Ruthenians (Ukrainians living in Galicia and Bukovina) and Romanians were affected, among the Christians especially the Orthodox population.

The refugees were registered in overcrowded collection points and categorised according to social status, material possessions, ethnicity and religion. The aim of these measures was to manage and control the flow of refugees. The poor population was transferred in freight wagons and under strict guard to their assigned places of residence. Many of them died on the way from hunger, cold or epidemics.

In order to relieve the big cities of the monarchy, in which refugees had already accumulated, it was decided in September 1914 to build barrack camps for the destitute masses. These camps were erected along convenient railway connections, but isolated from villages and towns. This was to prevent the refugees from integrating and settling down in the long term, and in this way the local population was not confronted with the true dimensions of the war. Several such barrack camps were built in Lower Austria, the largest in Gmünd accommodated up to 30,000 refugees, mostly Ruthenians. 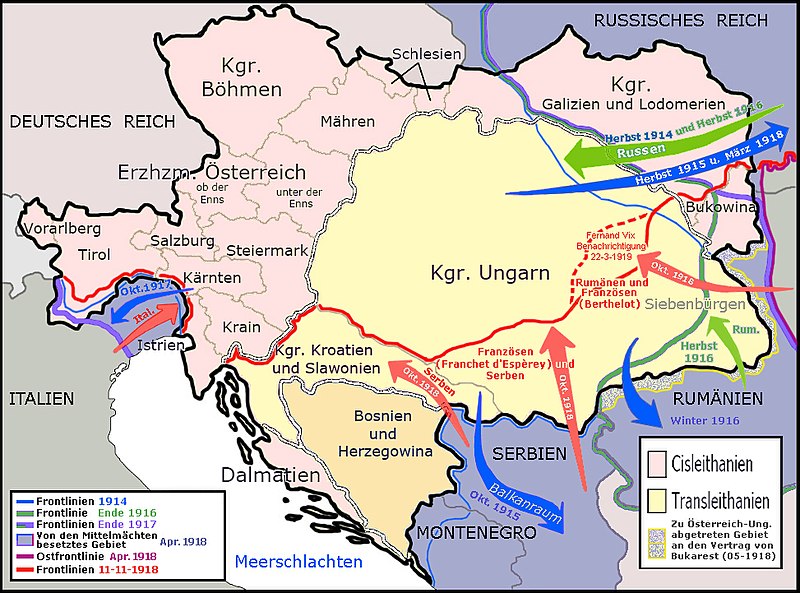 At the beginning of the refugee flow in 1914 huge wooden barracks were erected in the camps. These were inexpensive, could be built quickly and used in many ways, for example as dormitories, kitchens, schools or hospitals. Up to 500 people were accommodated per barrack.

In the course of the war, smaller and smaller accommodations were used, as diseases spread rapidly in the mass quarters. The poorly durable wooden barracks, which were penetrated by cold and damp, were now joined by smaller brick buildings and the camps were increasingly equipped with a modern infrastructure.

The camp in Oberhollabrunn was erected in 1916 and operated as a refugee camp until spring 1918. Mainly Ruthenians and Romanians from Bukovina were kept here, in whose homeland there was renewed mass flight and expulsion in the summer of 1916 due to an advance by Tsarist Russia. The refugees in the camp Oberhollabrunn belonged to the Christian, mainly Orthodox population of Bukovina. In the spring of 1918, after the peace agreement with Soviet Russia in Brest-Litowsk, they were sent back to their largely destroyed homeland.